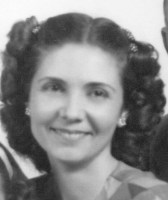 One of my favorite pictures of my mother, Louise Spencer Luffman. In her late 20s.

My mother was a keeper of all things. Not like a hoarder; our house was always clean and orderly. Everything in drawers was neatly folded and things on closet shelves were boxed and labeled. When Mother died and we cleaned out the house, I found a little notebook where she had recorded the contents of every room—probably done in those last years at home when she looked for ways to fill her days.

I remember a conversation Mother and I had once about several bud vases she kept on a shelf in the living room. I told her she could buy those vases for $1 each and I didn’t think anyone meant for her to keep them on display, but her response was that someone had cared enough about her to give her flowers and she was going to keep the bud vases right where they were.

Growing up, when I would clean my room, I would sometimes go through things that I thought were entirely worn out and take them outside for “throw away.” Mother would go behind me and rummage through everything and bring much of it back inside. When I later married and had a little girl, Mother would bring her my old costume jewelry that she had salvaged and my daughter loved it.

As I aged and matured in my understanding, I came to see Mother’s collecting in a different way. I realized the memories that were attached to things of her past. I especially loved Mother’s albums of many photographs kept through the years. A day came when she would tell me that I should take any of them I might like—that she didn’t need them anymore.

A very early picture of my parents. They married at 15 and 18. I’ve wondered if it was made the day they married.

Me with my snowman when we lived on Church Street.

She would also say of her many keepsakes “If you see anything you want, just take it.” Sometimes she would mention a particular item and tell me something about it and then ask if I would like to have it. Her stories and her mementos became precious to me, more valuable than I could ever explain.

Much of what Mother gave me is in my kitchen. There are also some things of my grandmother’s there. I enjoy telling friends about the pieces that live in my kitchen and one friend said she loved my house because of all the stories belonging to each piece. Still another friend said something I will always cherish: “You decorate with love.” I had never thought of it like that, but she is right. I have adorned my kitchen with things that make me happy, things of fond memory. My highchair with its many coats of paint, a piece Mother loomed when she was 18 and I had framed, my grandmother’s buttermilk pitcher that Papa bought for 50 cents, my mother’s grease crock for keeping the bacon drippings, a framed copy of my grandmother’s recipe for chicken and dumplings—a dish she was known for far and wide.

Mother’s loomed piece in center made when she was 18, two crocheted pieces above and below.

No place in my house feels as comfortable to me as my kitchen. Like my mother and grandmother, I love to cook and bake and that accounts for part of the comfort. However, I know it is also because I feel a special warmth standing in the midst of family memories. I’m grateful for a mother who kept things and then shared them with me.  Every cherished memento says “I love you.”